Top 10 Reasons Why Projects Fail and How to Avoid Them Marketing events, product launches, seminars, workshops, and campaigns are all examples of projects we typically plan for in the workplace. As a growing company, you’re likely to kick off at least one of these within the year.

You must also know the value of a well-executed project if you’ve ever been part of one. You see old customers stay loyal to the company and new customers flock to it. You see business partnerships being formed and new business endeavors in the making. You count the profits you may have generated thanks to the project”as well as leads, sales opportunities, and potential leaders among your staff. That’s the kind of impact one project can make on a business, no matter how big or small.

In contrast, there’s a chance that a project will fail”and many often do. You might think that a project failure can be chalked up to simple reasons, like lack of preparedness or insufficient funding. But the reality is that a project can fail for a number of reasons. And if you don’t want yours to suffer the same fate, you have to account for every way it can go wrong.

Here’s a briefer on the value of project management skills and what your role should be as a part of the project team. In addition, you’ll also read about the ten most common mistakes in project management. Read more to pre-empt your project’s failure and guide it toward success instead!

What is the Goal of Project Management?

Unlike regular operational tasks, a company project is always temporary in nature. It works with its own timeline and has specific objectives to meet. A product launch may take place over a day or two with the goal of introducing the product to the public. A conference may take place over a week and aim to foster knowledge about a certain topic to professionals in that field. However diverse those objectives are, the goal of project management is always the same. It is to deliver those objectives within the project’s timeframe and with proper use of the project’s resources.

Time management, proficiency in handling funds, and people skills are just some of the things you’ll need to implement your project. As a project manager, committee head, or general point person for the project, you’ll need to demonstrate leadership and loyalty to the project’s goals. Without your foresight and your dedication, your project is doomed to be mediocre, forgettable, or”worse yet”a total disaster. And that is the last thing you’ll want to be associated with you or your business.

The 10 Pitfalls of Project Management

That said, there are many pitfalls that you and your project team may encounter. Below is a list of the ten most common ones. Learn ahead so you can avoid them.

Lack of Clarity on What the Project Should Accomplish

The reason for a project’s failure may be a basic one: the team isn’t on the same page about the project’s overall goals. The project’s vision and key performance indicators may not be clear. And in addition, different people on the team may have different ideas about what will make the project successful. To be honest, this lack of unification with regard to the project’s impact will immediately set it up for failure.

Your project team may be tired of hearing about the project’s vision and may want to go straight into their tasks. But as a leader on the team, never forget to remind them of what everyone is actually working for. That could make all the difference in executing a project of value.

Poor time management is a familiar mistake in project management. If the team isn’t efficient at managing their time, they could end up rushing their tasks, inconveniencing each other, and holding up the project’s implementation.

The important thing to remember is that you’re all working on limited time. Given that, you have to make the best of the time that’s given to you. Be firm about daily, weekly, or monthly deadlines. Resist the urge to do things at the last minute. Being loyal to your project’s timeline is one of the best things you can do to ensure its success.

Another thing that you should recognize about the project is that not all tasks have equal weight. Some tasks may be of utmost priority and must be accomplished immediately. Other tasks are less important in the moment, and so there’s less pressure to complete them right away. If these priorities aren’t ironed out, then the project will be all over the place.

What you must discern as part of the project’s leadership is which tasks take priority over others. This is so that the most important aspects of the project are taken care of in a timely manner. It’s also a means of being more efficient with task management and not burdening yourself with too many things at the same time.

Here’s another painfully common mistake: that the project’s tasks aren’t delegated properly. On some occasions, it’s the leader who does all the work while the team members just stand around. Other times, it’s the team members who are overworked while the leader sits pretty. Either way, a project whose duties aren’t delegated well is sure to bomb.

To avoid this pitfall, you should be planning the most efficient ways to use your manpower. Way before the project takes place, outline the different tasks and assign point persons or committees for them. Distribute the work so that the right people are on top of the right tasks”and so that morale can remain high during project implementation.

A project manager’s nightmare is to be told that there isn’t enough money for the project. A related problem is that, while money has been set aside for the project implementation, it hasn’t trickled down to the committee on time. That may result in unwise money management practices, such as advancing cash out of one’s own pocket. Worse yet, the project could flop in its entirety.

The solution is knowing where exactly your money’s coming from and that cash flow is up-to-the-minute. If you expect the company to disburse money for the project, make sure it’s trickled down to your staff before it’s time to start spending.

Weak Relationships with Partners and Sponsors

External sponsors and partners are valuable assets to your project. Even if it’s not additional funding that they offer, they can be of great help in your project’s operations. Another thing of value that they can offer is a big network from which you can draw potential leads and customers. But if these contacts aren’t taken care of, you might not see their faces again for the next big endeavor.

Thus, great working relationships with external sponsors and partners will matter for a lot. Invite them to your project meetings and make sure they feel engaged and involved. And after the project is over, be sure to reach out, thank them, and convey your appreciation that they took part. The best-case scenario is that you’ll have their renewed support if ever you’ll need it again.

Oftentimes in a project, it’s not enough to have hardworking people on your side. What if you’re heading a large-scale project, you have a lot of complex tasks to finish, and you’ve got lots of people to account for? If you don’t have the right technology to manage it all, your hard work will be for naught.

In order to accomplish a project of scale, you’ll need the right project management infrastructure for it. The most common solution is to upgrade to project management software. Though it requires an additional cost, you’ll get a big return on your investment if the project succeeds. You’ll also have an easier time when you implement future projects.

There are a lot of logistical elements to account for when planning a project. Where will the venue be, what equipment is needed, who will head registration, and what will the participants eat? If you don’t have the answers to all of these, then people will come away from your event feeling dissatisfied.

Logistics is one of the most complicated areas of project management, so it deserves a lot of attention. It’ll be good to make a list of all logistics-related tasks and assign point people. Make sure vital tasks, like coordinating with suppliers and procuring additional equipment, are taken care of. And don’t forget to communicate with all external staff about potential issues.

Say for example your own project goes well, but you didn’t leave behind a paper trail. What will the next generation of project managers be able to refer to? How can you safeguard them from any major failure and guide them to handle a project of their own?

One of the best things your project can achieve is a precedent for more great projects in the future. And to do this, you should take the time to document your proceedings. Project documentation can include forms, letter templates, directories, photos, and other reference documents. Your company will be grateful that future project managers will have access to these.

Lack of Teamwork and Communication

Last but definitely not the least, poor teamwork and communication can drag a project down. It’s not good to be inconsistent or lax in your project updates. People will be left in the dark about what’s going on in the project, and you may be singled out for lack of transparency.

In the interest of teamwork and morale, touch base every now and then with your team members. Don’t limit your communication to things about the project. Ask them how they’re doing, see if there’s anything you can do to help them, and let them know that they are valued. This should sync everyone up with each other and unify efforts to make the project a success.

In summary, a project is temporary in nature. But its impact to the company’s profits, reputation, and client and company relationships could be permanent. So what is it that you can do to ensure a positive, lasting legacy for your project?

Part of the solution is to be aware of these mistakes. And yet another part is to be proactive in your approach. Hope this info has helped you upgrade your project management skills, and may you be properly equipped to launch a memorable new project. 8 Inventory Management Techniques to Help You Optimize Your Budget 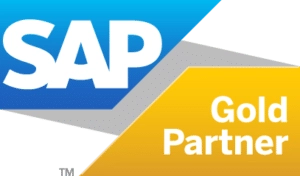